Shopping Cart
Your Cart is Empty
Quantity:
Subtotal
Taxes
Shipping
Total
There was an error with PayPalClick here to try again

Thank you for your business!You should be receiving an order confirmation from Paypal shortly.Exit Shopping Cart

Other Notable Girls from Bryden

A/C Ch. Bryden's While U Were Sleeping "Sandy"

A/C Ch. Bryden's While U Were Sleeping "Sandy"

Sandy's accomplishments included the Top Winner Springer Puppy in the history of the breed.

Sandy's first weekend out as a Junior puppy netted her 4 Best of Breed from the classes, 2 Group 2nd's and 2 Best Puppy In Show awards.

She also won the Breeder's Cup open to all Bred By Exhibitor Dogs of all ages.

Over the next couple months she would accumulated 9 Best Puppy In Shows, 19 Best of Breeds of which 14 resulted in a group win or placement. Sandy would finish 2000 as the Top Female Springer, Puppy of The Year and Number 3 Springer in the Breed. 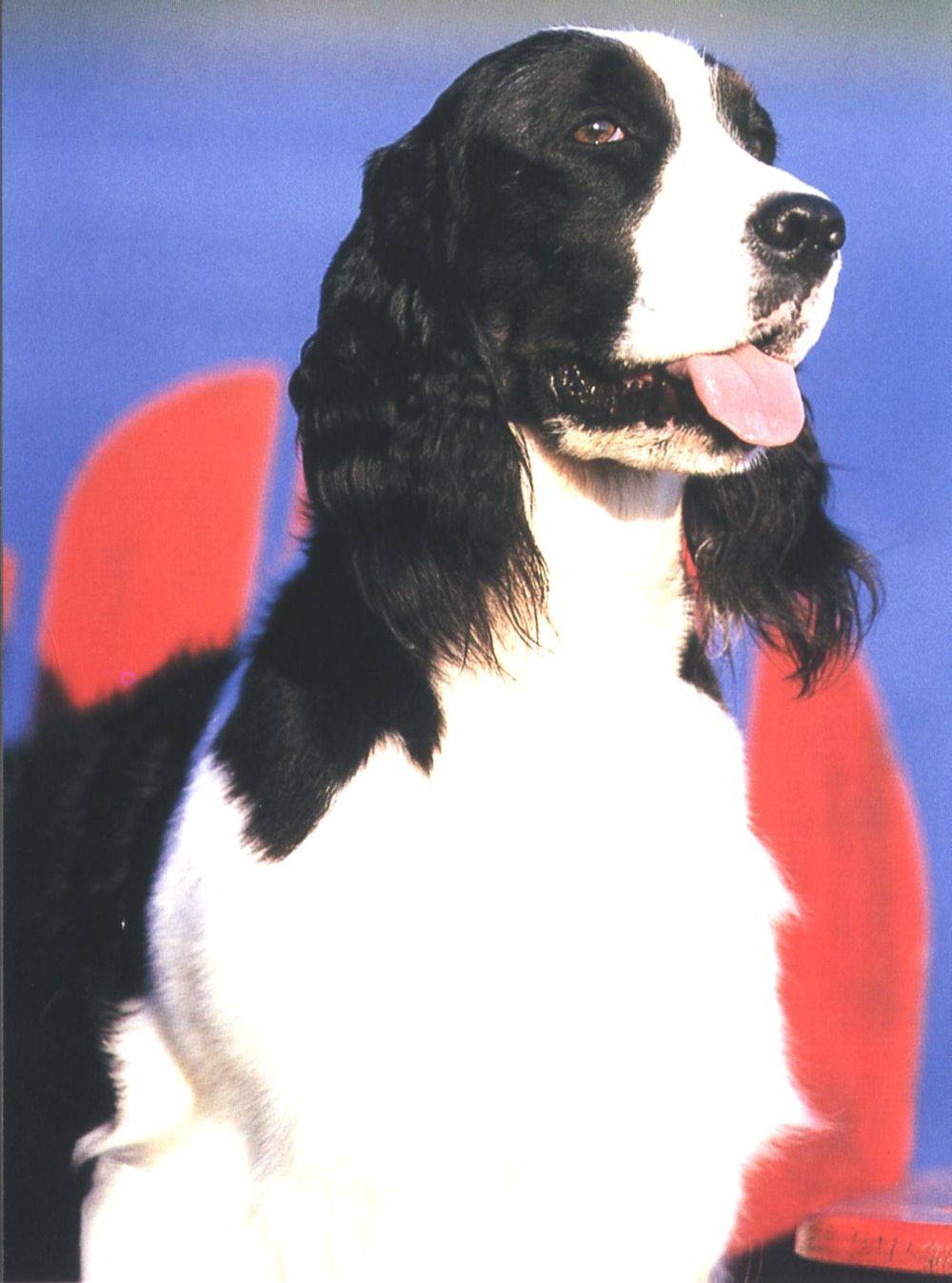 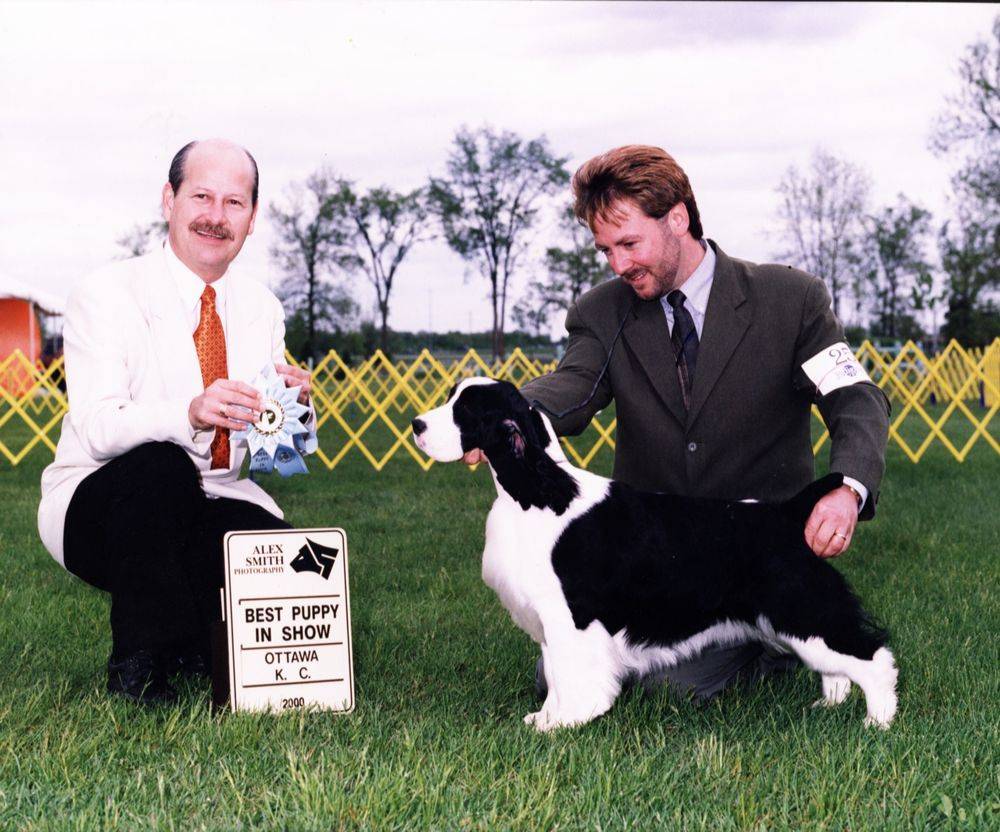 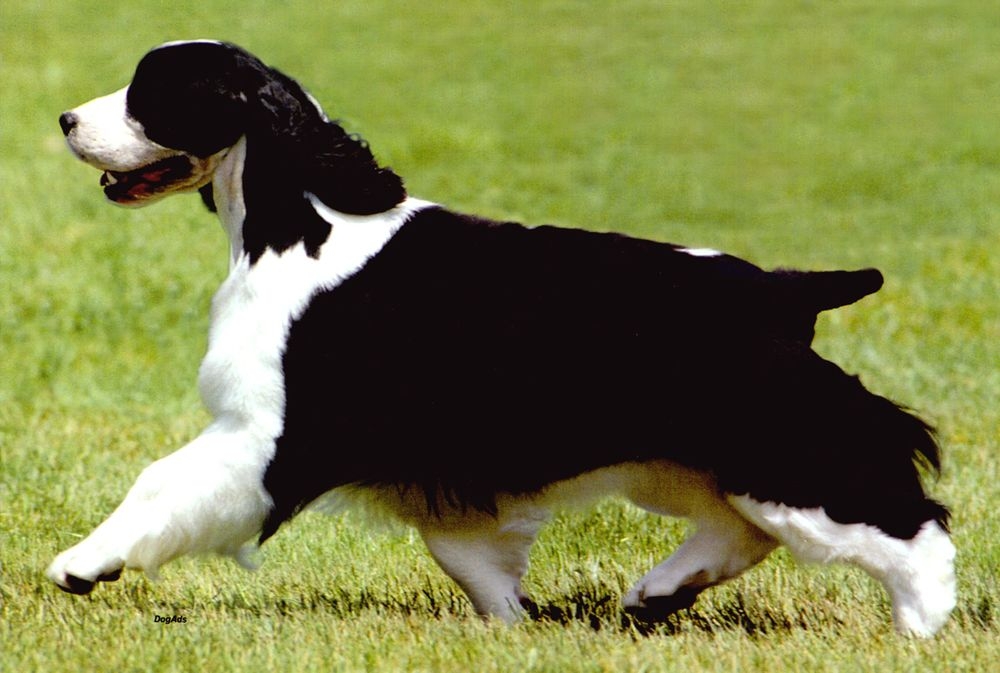 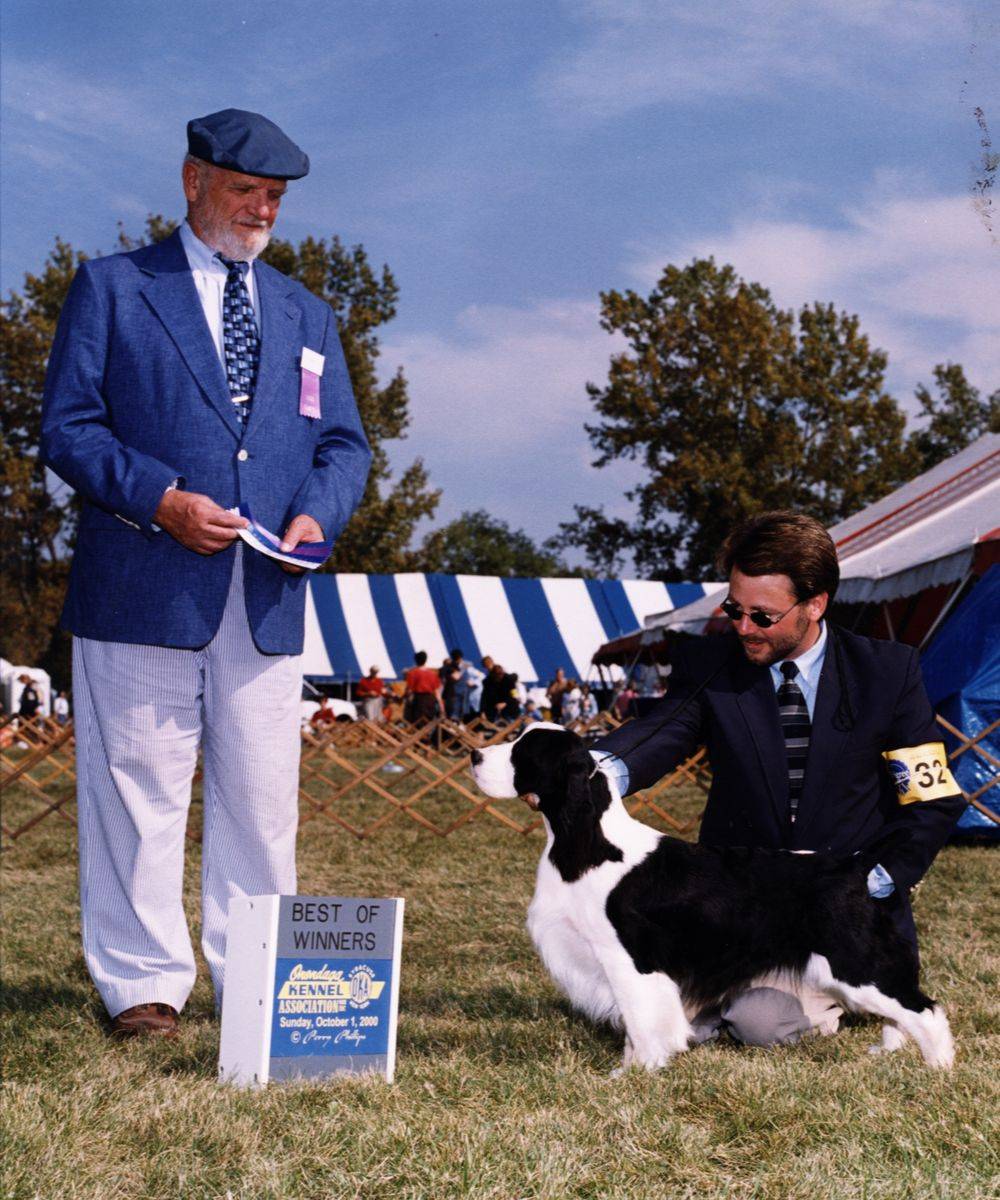 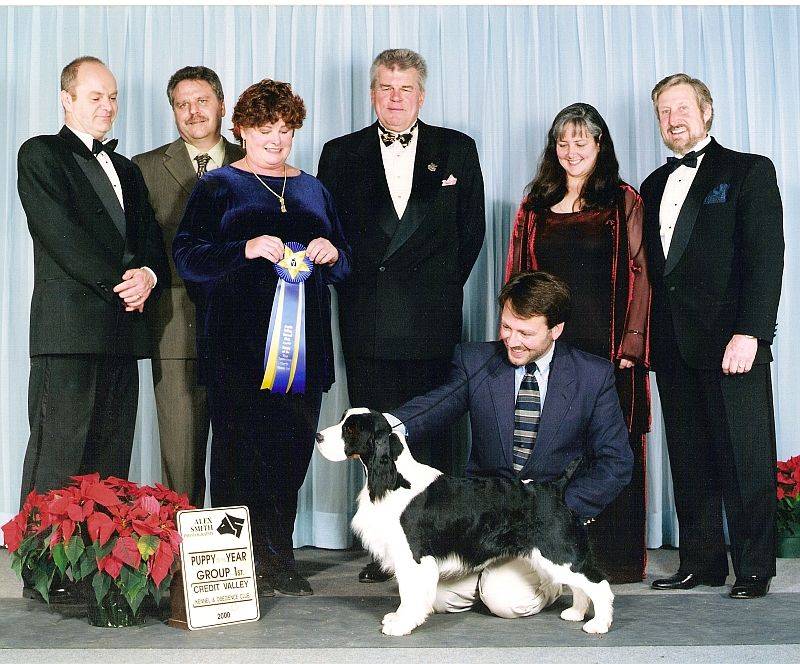 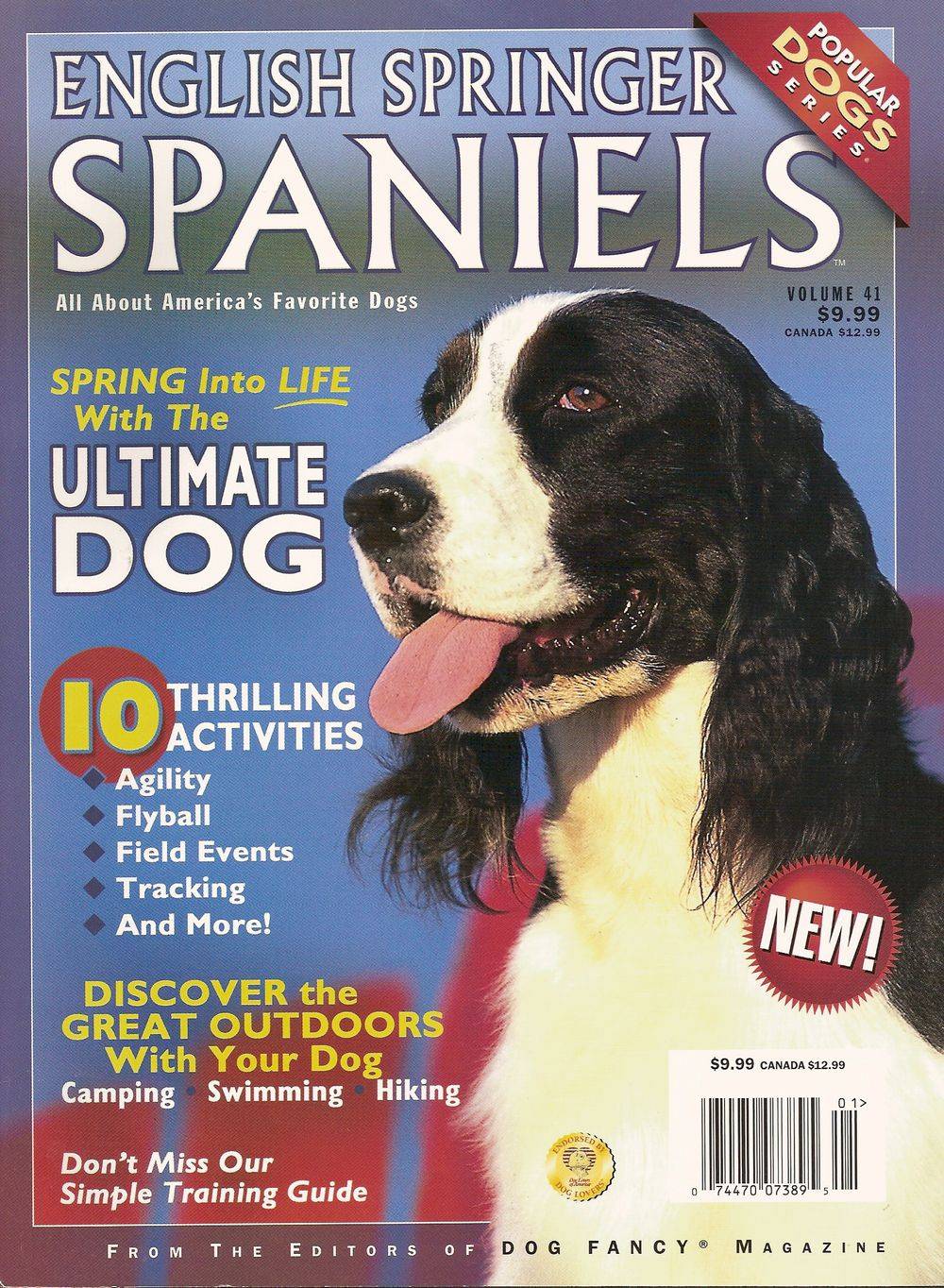 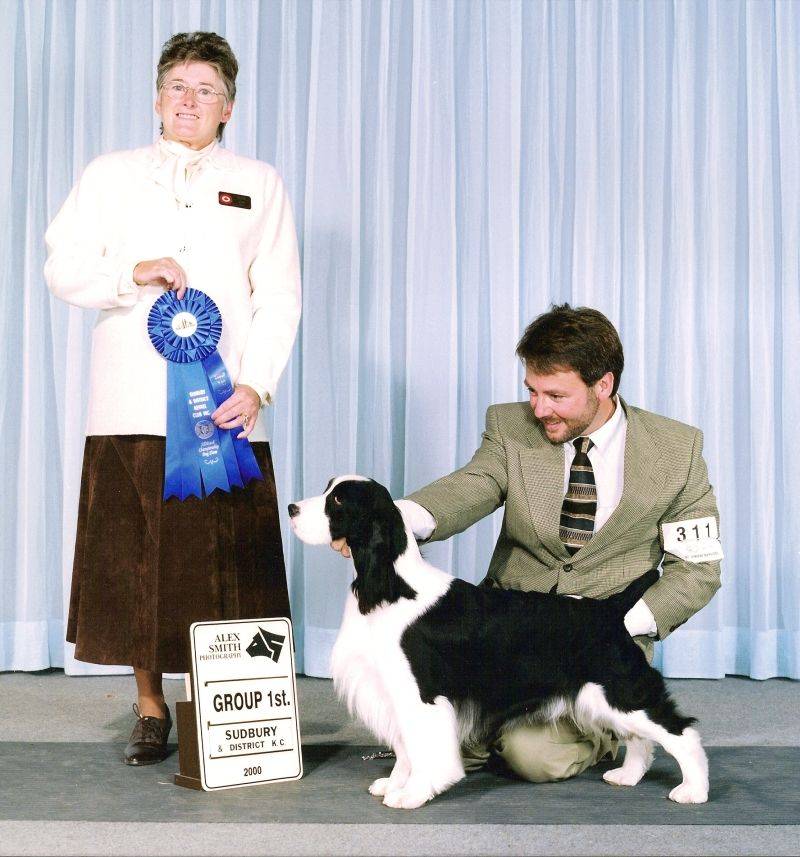 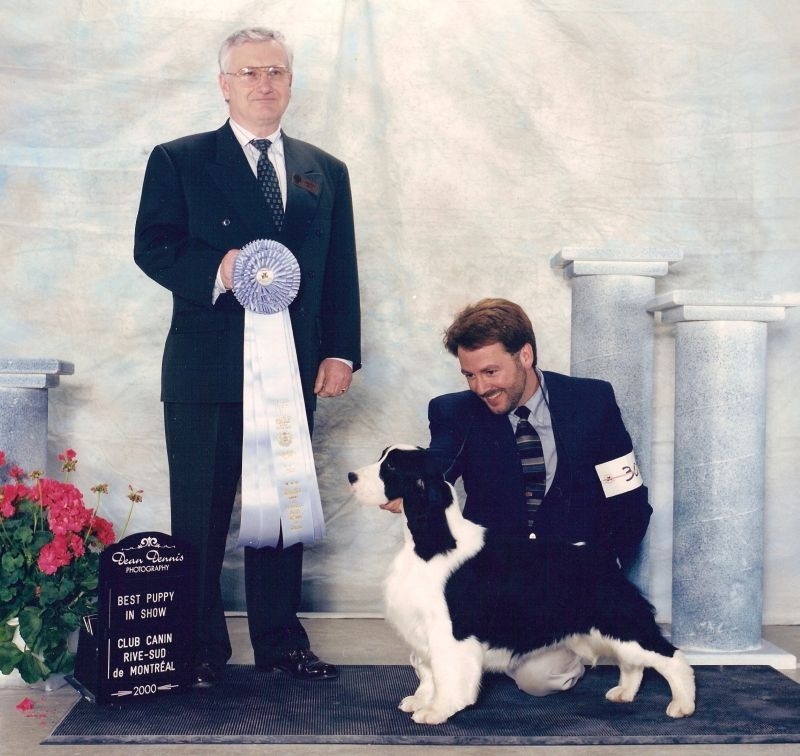 Am GrCh/Can Ch. Bryden's I Have A Dream

Bobby was one of those "girls just want to have fun" dogs. In the ring she always did well starting her show career with a Group 3rd from the classes under Paula Hartinger and she loved to strut her stuff finishing her Championship under Sporting Authority Mr. Frank Kane from UK. An opportunity to travel south and live with Lori DiLorenzo came up and Bobbie move to Louisiana to continue to play in the ring. Every once in a while "evil Bobbie" would show up and make Lori wonder if she had ever been on a leash before as she charged, hopped and played around the ring but it didn't stop her from earning her Grand Champion title. Bobbie's biggest accomplishment may have been her "Burlesque" litter with Lori where she whelped a stunning litter bred to Lori's boy Seal. From that litter Am Gr. Ch/Can Ch. Sunflect's Its All About The Bling At Bryden or "Sparkle" did exactly that. (See Sparkle below) 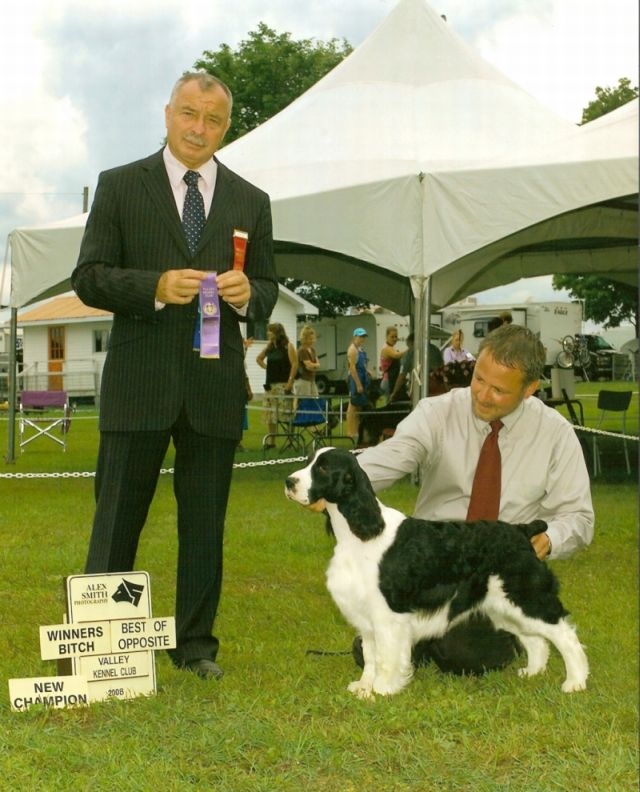 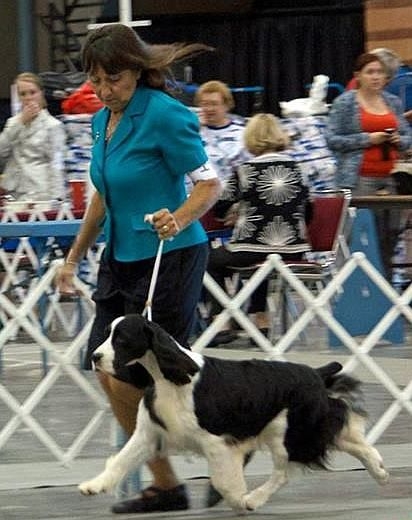 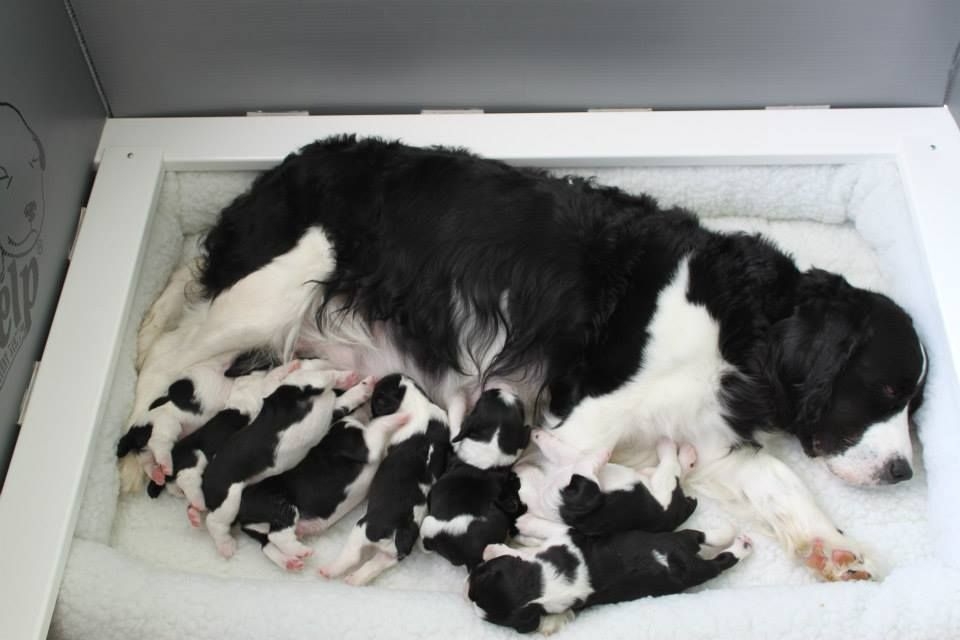 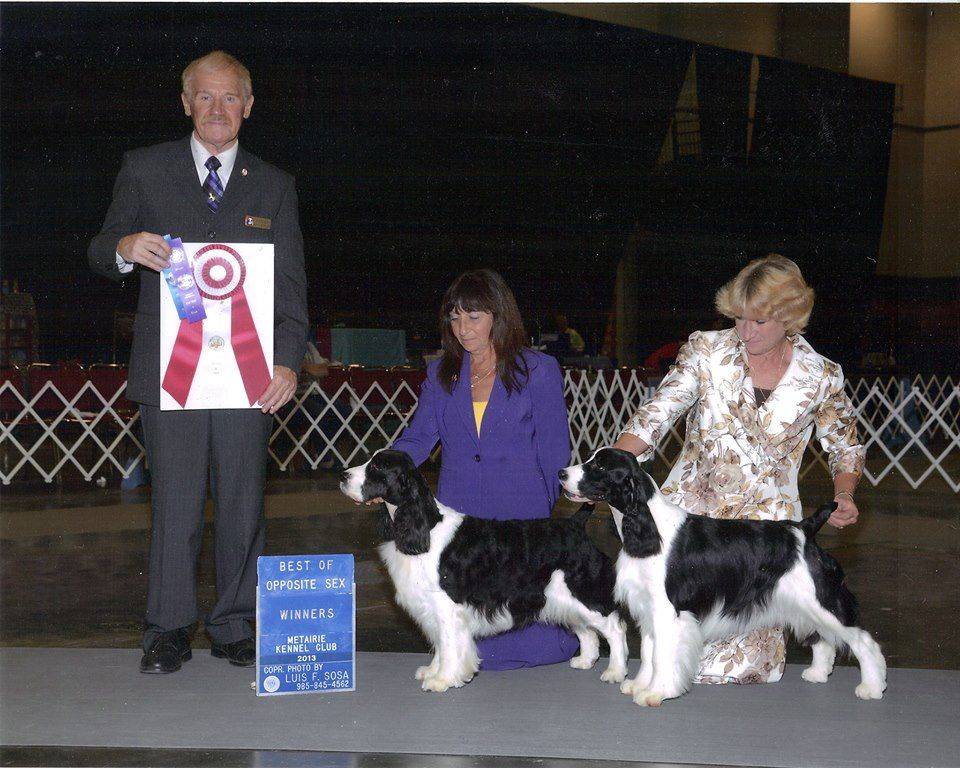 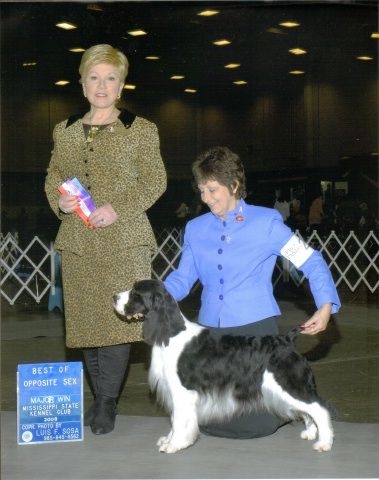 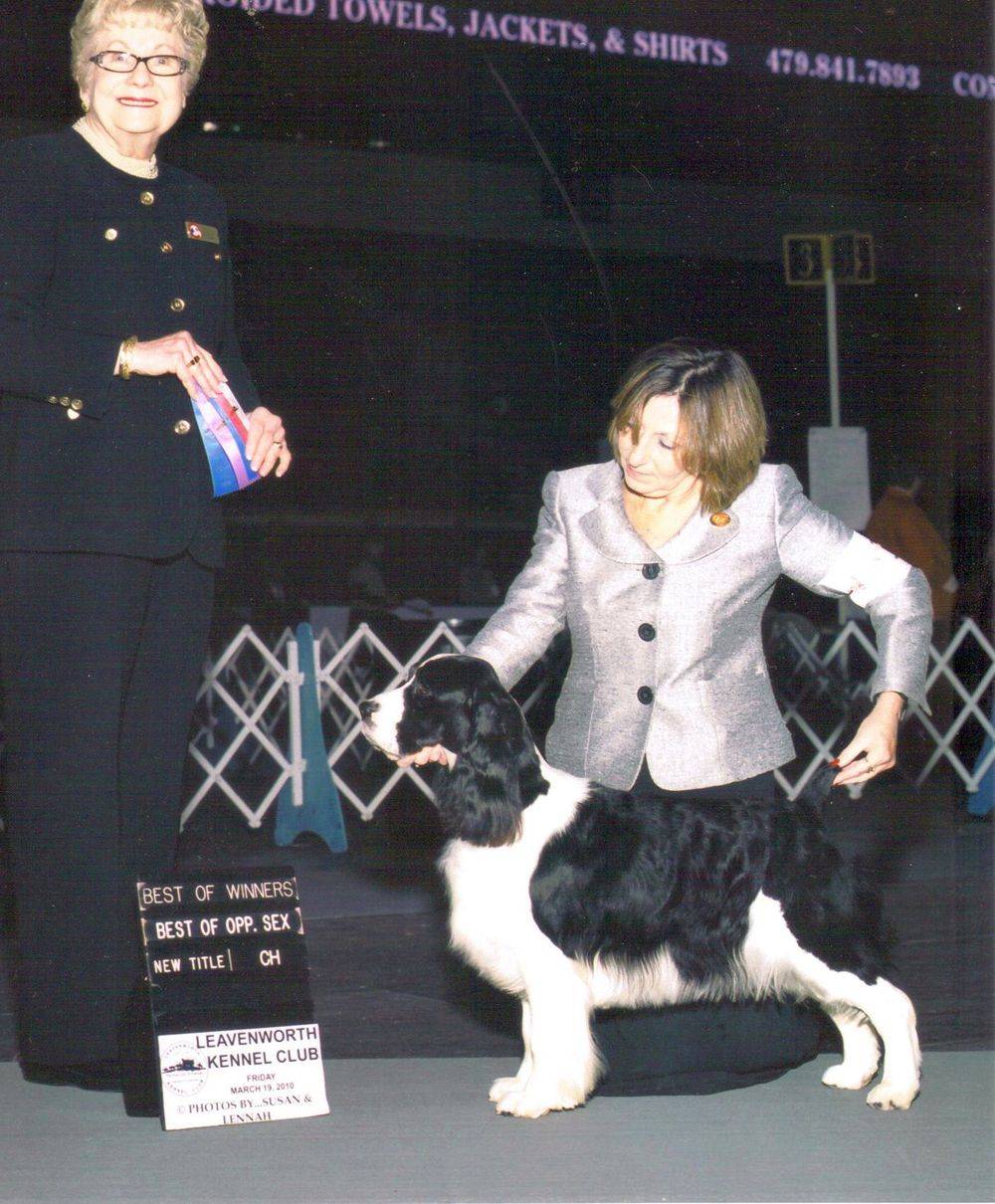 Am Gr Ch/Can Ch. Sunflect's Its All About The Bling At Bryden CA

Dam: Am GrCh/Can Ch. Bryden's I Have A Dream "Bobbie"

Coming from Lori's "Burlesque" litter Sparkle was the first out of the blocks and in the capable hands of Bridgette Coffey. With Bridgett Sparkle was Best In Specialty Sweepstakes at the

San Antonio Texas Springer Specialtiy and Select bitch in the regular show. Sparkle finished her Championship as a puppy and Grand Championship in no time at all.

Sparkle was "loaned" back to Bryden for a short period of time to finish her Canadian Championship and have a litter with Buddy. Both of those task were completed in grand fashion.

Finishing in Canada in 5 shows with 4 majors and finishing with a Group 3rd under Gunnar Nymann of Denmark.

With Buddy she gave us a beautiful litter of 7 of which 2 stayed at Bryden (Jamie and Santiago) and Lori has Mirage growing up in the south.

Sparkle is now back with Bridgett and the Akitas living the dream! 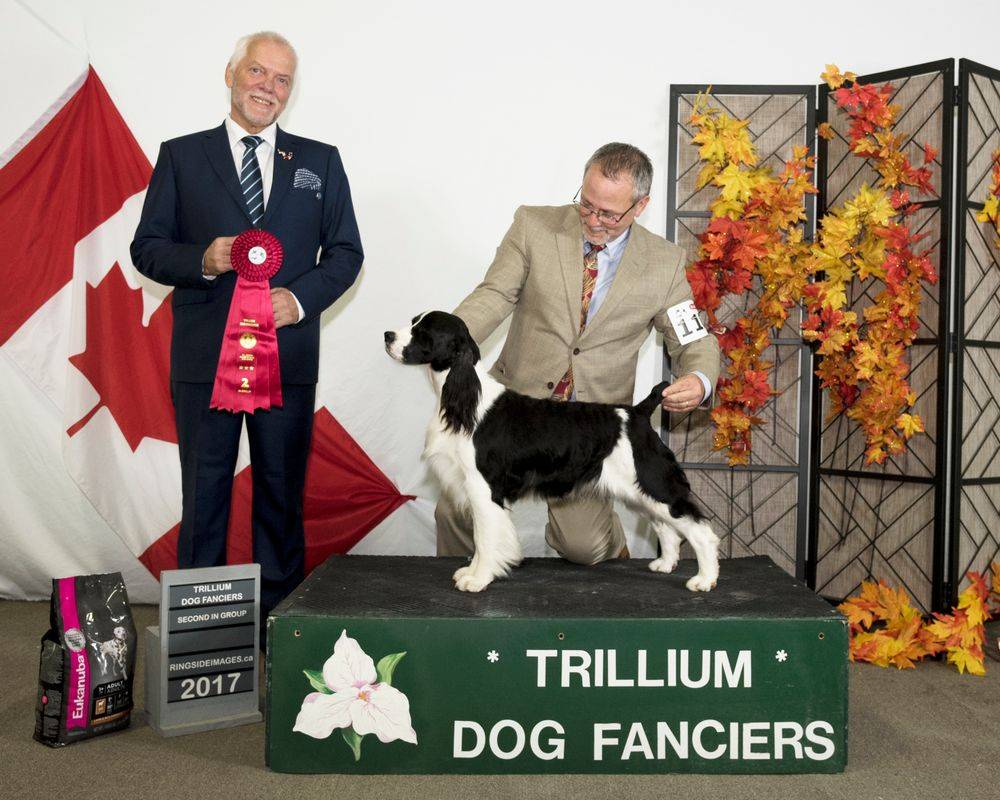 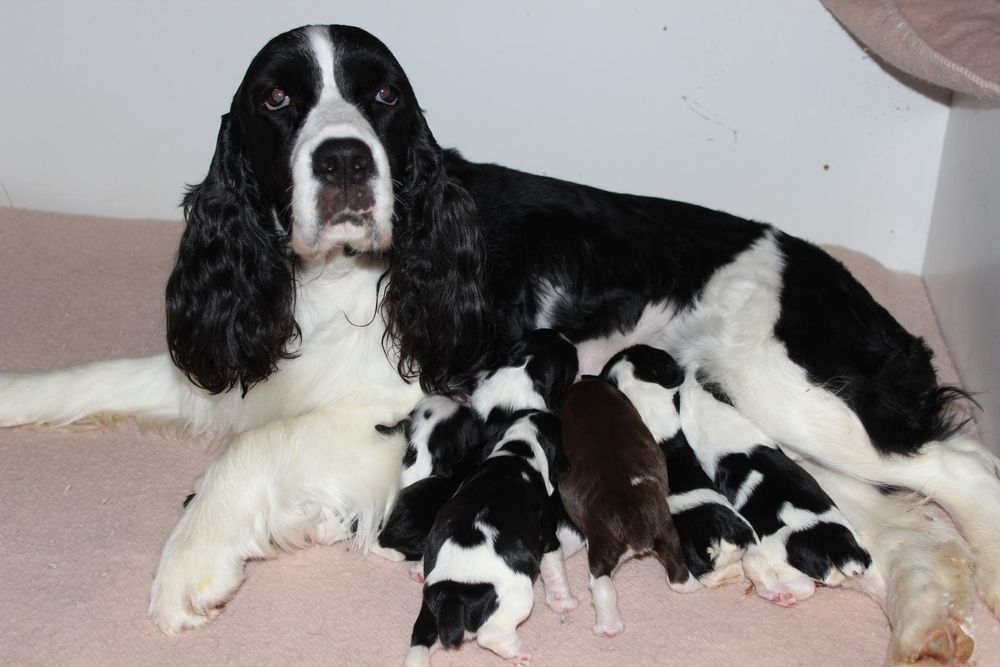 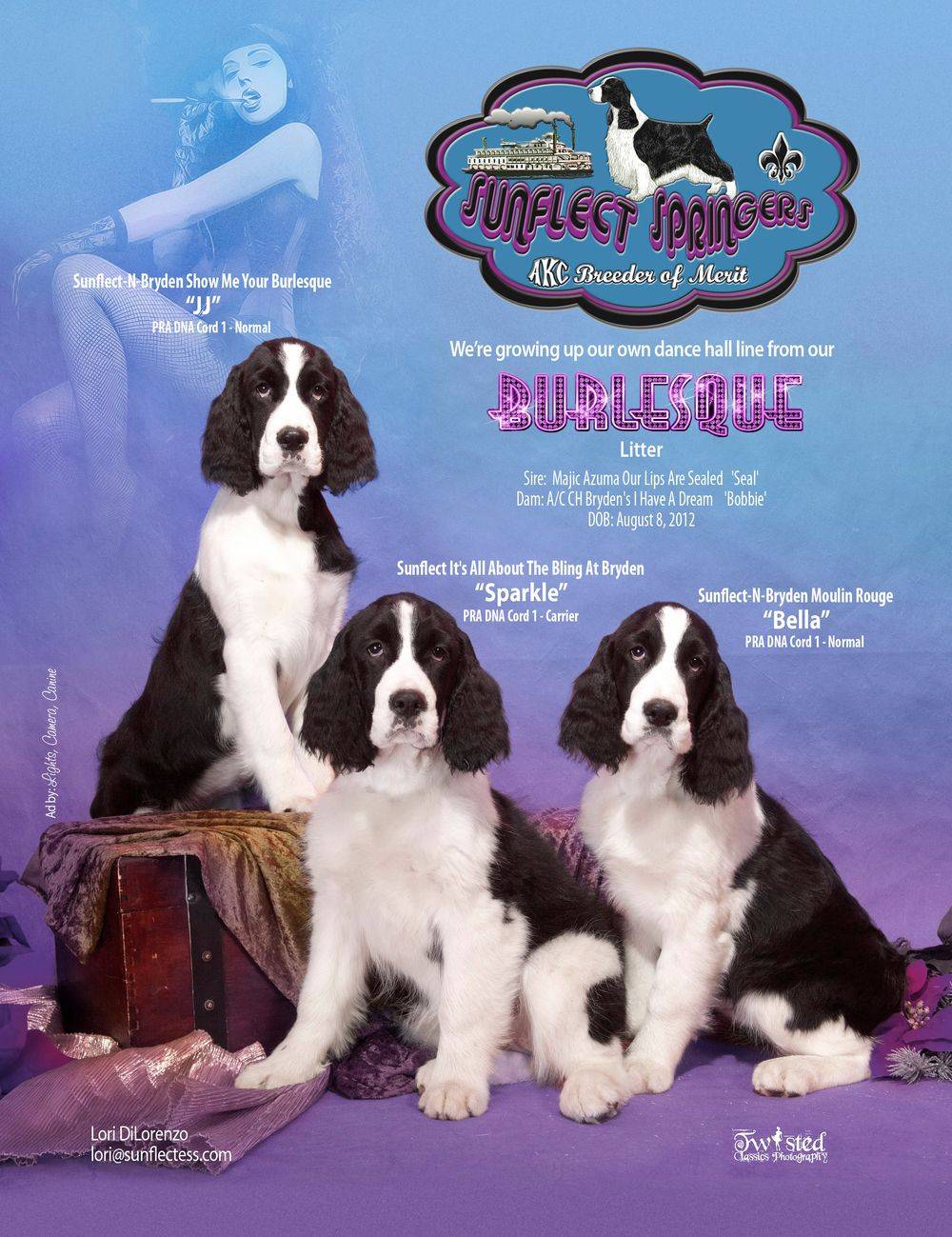 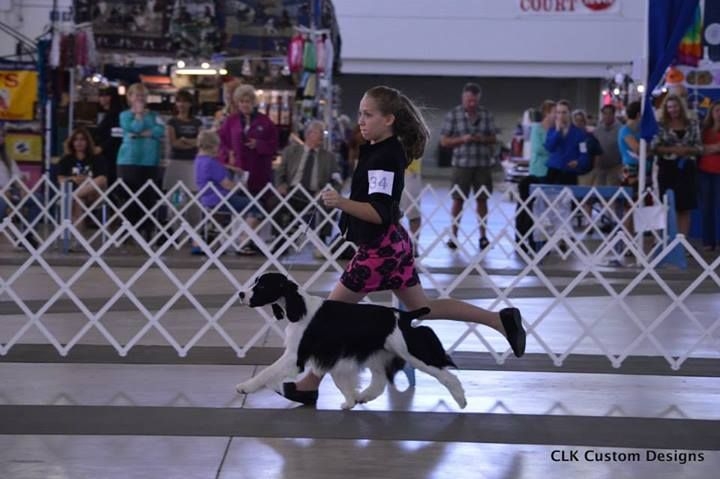